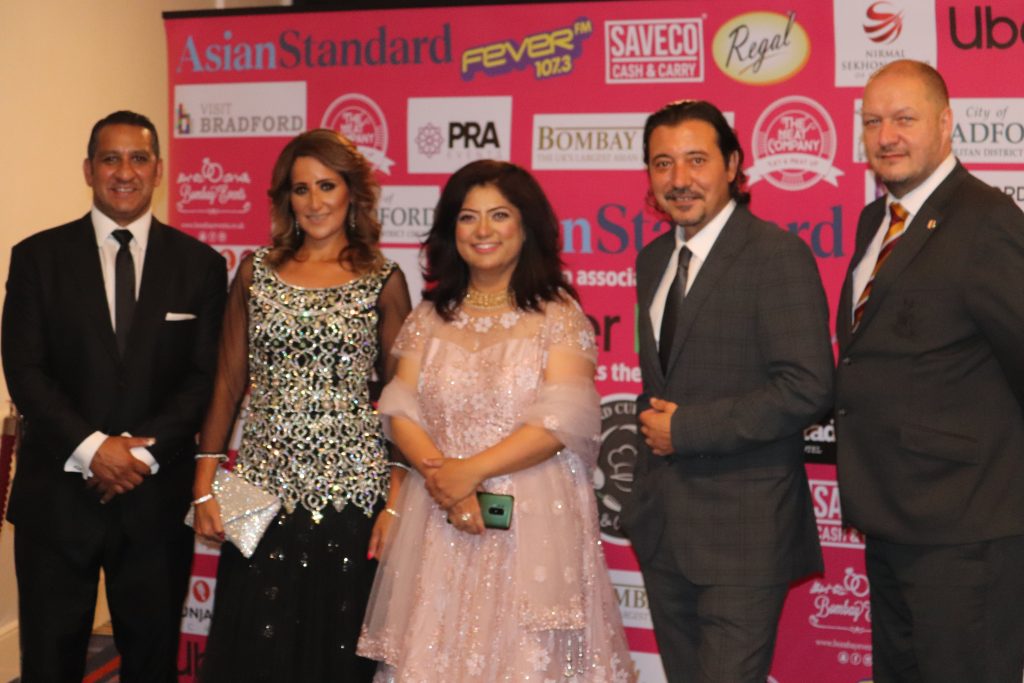 The third annual curry awards have now concluded, and the winners have been revealed at the gala awards ceremony on Monday 25 July.

Judging our finalists isn’t an easy task, as each and every one is a powerhouse on their own, but there has to be a winner, and so there have to be judges.

This year’s judges came from a range of sporting and hospitality sectors. Let’s introduce you to them.

Eray Altinouk, is the General Manager at The Bradford Hotel. He is originally from Turkey and has been living in England for the past 15 years. Eray comes with over 25 years of working in the hospitality sector and has spent most of his years at hotels, managing multi-cultural weddings. His first love of course is food.

Our second judge is Asma Bibi, who is the sales manager at The Great Victoria Hotel, in Bradford. Asma has been working in hospitality for over a decade and has fully dedicated ger life to her career. The single mum loves challenges and firmly believes that no matter what the obstacle, with a can-do attitude and positive mindset, the sky is the limit.

The third judge for the third annual Bradford curry awards is Dr Ikram Butt. Ikram made sporting history by becoming the first Asian rugby player to represent England in either code of rugby. He also went on to Captain his mother country, Pakistan, and led them to their first ever Tri-Nations victory. Ikram has risen to become an iconic role model on the international stage, especially in the Asian and Muslim community. Whilst being a captain on the field, since retiring from professional rugby he has gone on to be an even greater leader, becoming a widely known, highly praised and greatly admired community figurehead and charity ambassador.

Ikram’s accolades are a never-ending list, some of which include, founding the British Asian Rugby Association, awarded an Honorary Doctorate in Sport Science by Leeds Beckett University for his services to Community Sports Development in the UK and abroad and an Honorary Fellowship by Bradford College towards Professional Sport, Community Development and his contribution to charitable work, to name but a few.

Bradford born and bred Michael Shackleton, commercial manager at Bradford City Football Club took on the role of the fourth judge. Michael has spent 27 years in

international marketing and sales. He is into his eighth year at Bradford City Football club working in the commercial department engaging with the clubs sponsors. He certainly knows a thing or two about hospitality as during match days that’s exactly where you will find him navigating between the 1911 suite and corporate boxes. Michael loves curry and declares chicken masala or a chicken karahi has his top dishes, with a particularly soft spot for coriander.

Read here who they chose as the winners of 2022.

Bradford Curry Awards and Mela – Everything you need to know