Serving accolades on a silver platter last night, the Bradford Curry Awards 2022 celebrated the pioneers of the Bradford curry industry. 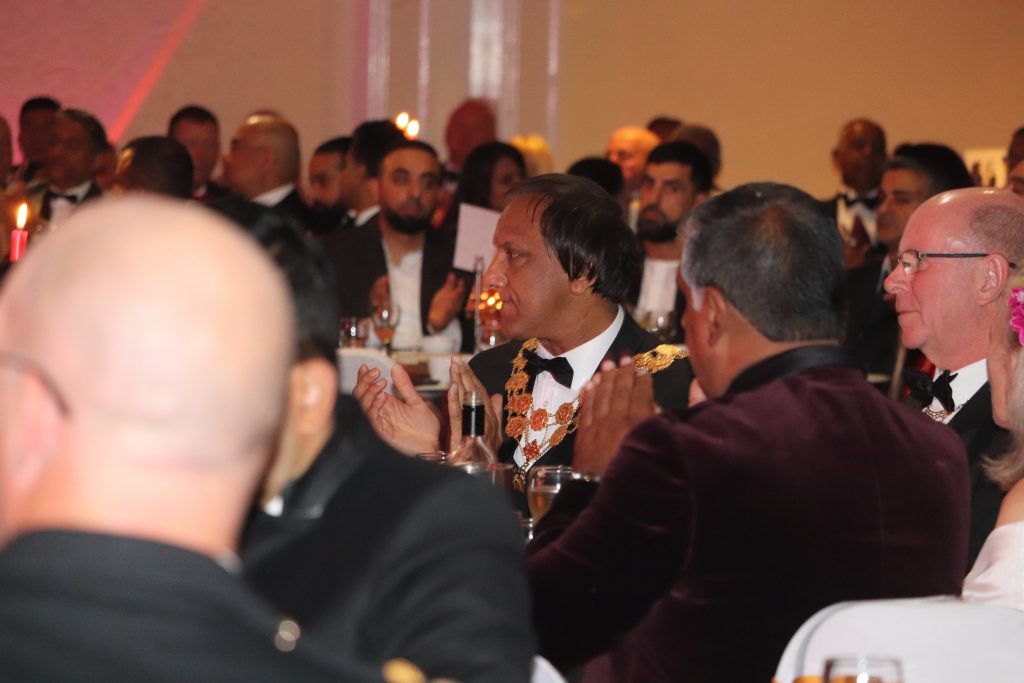 Awards, accolades, milestones and memorable moments were celebrated last night as guests of honour and finalists dined at the Bradford Hotel to commemorate professionals in the culinary industry.

From caterers to masters of curating a curry, awards were handed out in eight categories, along with a lifetime achievement award during the prestigious awards ceremony that marked the third annual Bradford Curry Awards.

The Bradford Curry Awards, first launched in 2018, to celebrate Bradford’s well-established and award-winning curry houses, which made history by getting the city’s curry industry together for the first time, under one roof to celebrate the half-a billion-pound industry.

Bradford is the undisputed King of curry having won Britain’s Curry Capital award six consecutive years since 2011 and still holds the current title and boasts more than 200 curry establishments all contributing to that virtually unrivalled reputation.

Thus, the Bradford Curry Awards night brings together the crème-de-la-crème of Bradford’s curry industry, celebrating the city’s vibrant Asian culture and the culinary craftsmanship that goes into making Bradford, Britain’s curry capital, one of the UK’s most treasured curry destinations.

Following the two years of cancellation due to the pandemic, the return of the buoyant soirée gave people a chance to dress up in their elegant evening gowns and tuxedos, as respective guests and hosts enjoyed the candle-lit three-course dinner, conversations with comrades and a flash mob performance by Punjabi Roots.

As guests gathered in the foyer at the Bradford Hotel located in the heart of the city centre in Hall Ings, the awards evening commenced shortly after dinner was being served.

The event was hosted by comedian and TV presenter from London Tommy Sandhu, who said “Whenever I come up to Yorkshire, and I do any awards, shows or comedy nights up here, we look forward to the food, everyone does… my mouth is just watering talking about it”.

Mr Aslam on being awarded a special Lifetime Achievement Award said “At the end of the day, it is the industry that I promote, so I look at the bigger picture, if the industry wins, then Bradford wins, and that means all of us are winning”.

Waqar “Waxi” Ali Mughal from the Sweet Centre Restaurant made it into the top five nation’s top-rated Indian takeaways on the BBC programme Britain’s Top Takeaways.

Waqar said: “The lifetime achievement is such a beautiful recognition for all that sincere hard work that the elders set strong foundations, in the early years, when working in that time was really difficult, so for the elders and for the sweet Centre restaurant to achieve such an award, our grandfathers who have now passed away would be so pleased that the legacy that they set out as an idea, is still on-going.

“All the credit goes to our uncle who has taught us all the recipes, ingredients, methods, using old school traditional techniques”.

Lala’s Faisal Rashid known more commonly as “Junior” said, “It did come as a surprise because we are a new restaurant that just opened in 2020 before the pandemic, it has been tough for us to come into Bradford, amongst big restaurants that have been here for decades, but for us to come and tap that market, and obtain that award it is a phenomenal achievement”.

Rashid added, “When we came into Bradford, we didn’t just want to open another curry house, we wanted to raise the standards, as a luxury dining experience, and take the curry house vibe to luxury dining, we had already mastered the curry part”.

“Congratulations to all the winners and a big thanks to all the sponsors for their support, of whom without none of this would have been possible. Thanks to them it was a phenomenal event, which allowed us to celebrate such huge milestones and accolades last night and we will see you again next year”.

The restaurants were judged by a panel of four judges, including the manager at the Great Victoria Hotel, Asma, who said “What an absolutely amazing evening it was, there was so much energy in that room with some great people.”

“I really enjoyed the night it was really well organised by Fatima and her team with great food from Mylahore, baklava from Sweetland London and entertainment by Punjabi roots not forgetting the brilliant host Tommy Sandu what an absolute pleasure it was”.

The winners in the following categories were announced as follows:

CHEF OF THE YEAR

Bradford Curry Awards and Mela – Everything you need to know